Backblasts – Past Workouts
You are here: Home / Events / The Necropolis (Fort Meigs – Ruck) 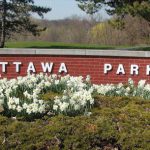