I learned of F3 while living in Charlotte, NC (I lived there from 1999 – 2014). At that time, I heard rumblings of guys that worked out only a short jog from my home. I passed these men on my way to the gym or work and was curious about what the attraction to what I now refer to as “the gloom.” At the time, I was working out at a Crossfit box, playing basketball a couple days a week and felt I had little need for the fellowship or fitness F3 provided.

However, my curiosity grew to the point that I put in my calendar dates to post at 5:30 AM with no EH (invite) to see what it was all about:

I never posted. Instead deciding to go on a solo run, I promised myself to work out later that day (did not happen more times than it did happen), or I just told myself it’s way too early to work out outside, it would be odd to show up without an invite, etc.

Around August of 2013 I was promoted at work and went from being home every night to traveling Monday – Friday covering 7 states and leading an 8-person sales team. With 3 kids under 4 years old, coming home and going to my first F3 workout quickly became an afterthought.

Being away from my wife and 3 girls was even more difficult than I anticipated. I thoroughly enjoyed leading the team at work but not at the expense of my family. In May, an opportunity presented itself to move to my wife’s hometown of Sylvania, OH (Toledo metro area) to work for a great company that a former colleague called me about. I made the difficult decision to leave a city I loved for 15 years for a great job that would allow me to be home every night with my family and my children to grow up around family in Ohio.

Fast forward to September 2016 and I had allowed myself to become what F3 calls the “Sadclown.” Working out was sporadic (solo runs, intermittent in the gym or working out at home with basketball once a week). I complained about what Toledo did not have compared to Charlotte. I missed the friendships that I had with people I had known in Charlotte for many years. I secretly hoped my wife would say she wanted to move back to the Carolinas, which admittedly was unfair considering her entire family is in Toledo and my girls loved being able to see their cousins, aunts, uncles and grandma/grandpa every week.

September 15, 2016 – I decided to reach out to F3 via the F3 expansion request on the nations site. I sent an email explaining what I knew of F3, the fact I was from Charlotte area, had never posted, but I included a list of the top 10 reasons Toledo needs F3. Evidently it was enough for Crotch Rocket (CR) to respond that night and promised to talk with me live. I proceeded to bug CR weekly until he scheduled my call – and then rescheduled…

During our initial conversation, CR let me know that they had intentions to LEAP (launch in a new city without a driving distance existing F3, or existing member of F3 pax member moving into the area) further into Ohio and Indiana in 2017. He was quick to say that upon further review Toledo wasn’t in consideration to plant the F3 flag, and the focus was on Columbus and Cincinnati. I pleaded to give Toledo a chance to launch and promised to get to work immediately recruiting guys even as were about to enter the winter, and I knew even if approved to launch it would be at least 6+ months away…

The first man I asked to consider F3 and to help was Bryan Riley (Klinger). My second and third contacts were Jason Harsh (Brute) and Vince Palko (Pixar). Contacts with these gentleman prior to F3 were limited to girls’ cross-country coach (Klinger), Church functions and a couple pickup basketball games (Brute) and a colleague from a previous company telling me to reach out to Vince (Pixar) when I got to Toledo. I met Vince while our daughters were running on my 1st summer in Toledo, and we said we’d grab a beer or coffee – never happened…

These men were kind enough to run through workouts to check out potential locations prior to launching. In our final workout on a Saturday morning – May 6th, 2017 – Vince and Bryan sat with me over some bagels and coffee laughing at my concern we wouldn’t have enough men posting for the launch workout on May 13th. I had a tally on a napkin asking who they had as HC (Hard Commits) praying for a solid turnout to prove Toledo would represent F3 well and show out!

On May 13th, 10 pax from F3Cleveland (led by Schotty) and Packo from Columbus, came to make sure we launched right. The feeling of watching car after car roll into the parking lot of Southview High School in Sylvania, OH was something I’ll never forget as 35 Toledo men showed up for a total of 46 – one of the largest launches in F3 History!

Nine months into F3 in Toledo and it has already made an impact on dozens upon dozens of men’s lives. The beauty of F3 everywhere is that it is open to all men – regardless of one’s financial situation, politics or belief system. The walls we typically build, knowingly or unknowingly, in our world can be torn down or at least run over when these are not seen as a conversation stopper or deterrent. Over 100 men have Q’d (led) a workout, almost 400 men have come through and given it a shot, with well over a hundred sticking around to make it a part of their weekly routine. We have started over 16 official workout times with pre-runs and pre-rucks happening regularly, leadership book studies, bible studies, happy hours, etc.

What I love about F3 in Toledo,
and I am certain happening throughout the country: ﻿

I know of no other avenue that can impact men from 18-80 like F3. We all owe an amount of gratitude that is impossible to put a price tag on to the men that showed up on 1/1/11 in Charlotte: Dredd, OBT, along with CR and others. They took a simple workout and turned it into a leadership machine that can allow us to all become more confident, healthier, and more accountable to ourselves and those around us all for the cost of waking up a little earlier than normal and doing it again and again. Not a workout goes by that someone, or many, state that there is no way they would do this if it wasn’t for F3.

For me personally, living in Toledo has gotten exponentially better. I no longer go on solo runs or make excuses to not work out. How could I do that when I have a hundred plus friends I can reach out to or meet up with at the designated workout times. I no longer complain about Toledo because I now see that my complaints had more to do with a lack of knowledge. The knowledge that within a few miles radius of my house there was the potential for 60+ to meet up on a Saturday before 7 am to be led by a peer in a tough workout no matter the weather (-10 degrees, rain, snow, etc.) and would do it again on any weekday at 5:30 am. That this same thing has since been extended to Perrysburg and metro Toledo, with even more locations around Toledo.

Furthermore, no one can explain that the workout is the least impactful part of what takes place in F3 until you show up and 20 F3 Toledo show up multiple times. You can get a workout many ways. Every man that posts to F3 has something to give and something to take that day and in a more impactful way to them and others than could ever happen on their own or at your local gym.

What F3 has provided me and many others in Toledo is a time to get better every day of my life and allows us all to be humbled and encouraged at the same time. Humbled by being pushed to the max at a workout; by listening to a fellow pax member requesting thoughts/prayers for a challenge in their life; for leading a group of men and most likely failing at portions of it.  Humbled because while each workout and every opportunity within F3 is “You vs You” it starts to really impact you on a personal level when you realize the power is knowing it isn’t about You – it’s about the man showing up alongside You. Encouraged by being positively pushed to finish a workout to the best of your ability that morning; knowing many are thinking/praying for you and your request; knowing that your circle of legit friends has grown the day you commit to this as a part of your life.

F3 Toledo’s impact is just starting to take shape in less than 1 year. The impact we will make on each other, as individuals and in our community is going to continue to surpass any and all expectations just like we did on May 13th. Some may even call what we are doing in such short order and with such passion, miraculous…

Check out other #Miracle stories. 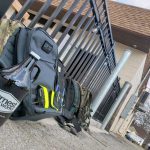